Paul will sign with Illinois - again - IllinoisHomePage.net
Posted by Ron at 8:05 AM No comments:

Aaron Jordan commits to Illinois - IllinoisHomePage.net
Posted by Ron at 7:49 AM No comments:

Years ago, Northwestern would frequently be dominated by a larger Illini team, due to their small size.  So it's interesting that Illinois has been unable to put players with size on the floor this year against teams like Northwestern.
Posted by Ron at 11:22 PM No comments:

Paul Klee was listening to Weber after the Minnesota game, and I found this amazing from Bruce Weber. From Klee's article: After Saturday's 77-72 overtime loss to Minnesota, Bruce Weber suggested that win or lose — he can't really win. "They're all hard to take," Weber said after Illinois suffered its third straight loss. "When we win it's hard to take (because) we have to listen to the critiquing. What's the difference?" If Weber is not willing to be critiqued by the media and/or fans, he might as well pack it in and head to a mid-major by resigning from Illinois' head coaching position. Being critiqued is part of coaching a major program such as Illinois, and something that Henson, Kruger, and Self were able to take, that's for sure. In fact, they have all survived the fans and Chicago media quite well. I recognize that Weber has been a fine coach for the Illini for many years, similar to Henson, but for a shorter time. But it might be the right time for a change, since the Illini just don't look too promising this season. But let's see how the season progresses. Weber might still turn it around since we can still make the tourney and could develop into an interesting tourney team. If it doesn't work out, I like Jerrance Howard to take over the team, since he is a great recruiter and has played under Kruger, Self and Weber a good mix of coaching philosophies for any young coach to follow.
Posted by Ron at 1:15 PM No comments:

That was a disappointing loss to Wisconsin today, but very predictable. The Illini are mostly featuring a 4 guard offense that passes the ball around and has trouble getting it to Meyers Leonard, their athletic center. Most of the season, the ball handling has been sloppy with too many turnovers. That was not the case today. The biggest fundamental flaw for the Illini is the struggle to block out and rebound the ball on the defensive end. They gave Wisconsin too many chances today and it cost them dearly. Bruce Weber has not been using much of his bench, either. Egwu gets on the floor when Leonard is in foul trouble, Sam Maniscalco provides relief when healthy to Tracy Abrams, and Tyler Griffey seems to enter the game when the rebounding woes are evident. With losses at Penn State and now the home loss to Wisconsin, the Illini are no longer looking like a sure tournament team. Will have to see how they turn things around, with the next game at Minnesota. I hope Bruce Weber can shake things up and try some bench players in some kind of a rotation. The bench scored zero points today, which is rarely going to win games. Would like to see Henry in for some serious minutes, since he is one of the better scorers on this team, and the guards looked tired today.
Posted by Ron at 9:33 PM No comments:

Jalen James Up & Up

After two unimpressive showings by the Illini, the ballers go into the Big 10 season with 3 losses and a two game losing streak. The Illini seemed to be sleepwalking in Chicago, and ended up with a bad loss. In St. Louis, they did put on a decent effort, particularly on the boards, but weak defense, cold shooting spells and untimely fouls put the game out of reach at the end. So we have dropped the past two border wars to the Missouri Tigers.

What is likely to happen at the Big 10 opener at Iowa? Hard to say which team shows up, but if the Illini can't get it going again soon, they run the risk of another disappointing season missing the NCAA tourney. On the other hand, if they can shore up their defense and rebounding, and retain the scoring they have had in the early non-conference season, they could be a contender in the Big 10 this year.

Henry commits to the Illini!
Posted by Ron at 11:01 PM No comments:

Entitled to an NCAA At-Large Berth, or NIT Bound?

The regular season is now over for the Illini basketball team, and fans await the post-season verdict for the Illini, a trip to the NCAA or NIT.

It seems unlikely the Illini will make the NCAA tourney this year, with their not so stellar record of 19-14. The Illini had some really bad losses along the way, against Utah, Bradley and Georgia in the non-conference season. They also lost big to Missouri, as the numbers caught up with them after owning Mizzou for many years. Once Big 10 conference season started, the Illini lost at Northwestern in front of a huge Illini fan base, and lost home games to Minnesota and Wisconsin. NCAA Tourney teams should do a better job defending their home court.

This season's Illini team did have some quality wins, particularly against Clemson in the Big 10/ACC Challenge game, as well as winning at the Kohl Center (Wisconsin) and beating Michigan State. But with all of the games with a sub-par effort, it seems the Illini are headed to the NIT. I guess we can hope for some luck with the committee, but it seems like a long shot right now.
Posted by Ron at 9:27 AM No comments:

Brad Beal, the spectacular 6-3 shooting guard prospect (class of 2011) out of the St. Louis area is announcing where he will go to college tomorrow morning, and the college basketball world is waiting for the news. Sources indicate the leading schools are Kansas, Florida and Illinois, but there are no credible leaks out there yet. Kansas fans seem to think they will get Beal, but there is speculation Florida will come away with the sharpshooter instead. Not many are predicting Illinois, despite the school's close proximity to St. Louis and Coach Bruce Weber's reputation of developing guards for the NBA system. Of course, Brad Beal is so good, he could probably go straight to the NBA if that was allowed these days.

Let's see what is announced tomorrow.
Posted by Ron at 9:34 PM No comments: 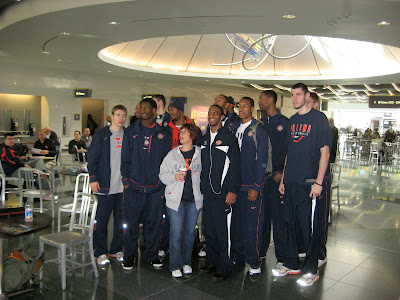 I loved the movie Hangover, but I'm not sure I would have wanted to live through that situation as any one of the film's characters. Hangovers are just not that much fun. Which brings me to my favorite college b-ball team, the Illini. After losing both games in Las Vegas over the Thanksgiving weekend, will they be able to bounce back at Clemson, or will they be suffering still? The Illini-Clemson match up is part of the annual ACC Big 10 Challenge event created by ESPN and the two conferences.

I'm expecting the Illini might struggle against the full court pressing defense of the Clemson Tigers, who also had a full plate of activity over the weekend. The Tigers were able to upset Butler tonight on a last second foul called in the game and related free throws.

Bruce Weber is still trying to figure out which players should be in his starting line-up and extended rotation. Rumor has it Bruce has had the Illini toying with a press of their own this season, as well as a zone defense. Freshmen DJ Richardson and Brandon Paul came up empty in Las Vegas and Paul did not start against Bradley University on Saturday night. The three junior starters, McCamey, Davis and Tisdale did not play consistently enough to get past Utah or Bradley, and need to step up their games. Weber might try to energize his squad by mixing up the starting rotation by inserting Dominique Keller or Bill Cole, both of whom played well in Las Vegas.

It's early in the season, so Illini fans should remain optimistic about their team, but the Illini are sure to fall out of the top 25 when the new rankings come out this week.
Posted by Ron at 9:12 PM No comments:

Wow, DJ can really get up and dunk the ball, as you can see in the last game.

Here's a better video of Egwu.

Nnana Egwu Commits to the Illini for Class of 2011

Top 50 recruit Nnana Egwu announced a verbal commitment to the Illini earlier today, which makes the 2011 class likely to be a top one for the Illini for the third consecutive year. Egwu is a 6-9 forward/center who is ranked by Rivals in the top 50 nationally for his class. He is still developing, but runs the floor well, is a shot blocker and is developing a nice shot when facing the basket. Check out the video of Egwu to see how much potential this recruit possesses.
Posted by Ron at 11:38 PM No comments:

More video of new commit, Nnana Egwu. He is 6-9, and probably still growing. Should be a nice forward/center at Illinois in 2011.

The Illini overachieved last year by making the NCAAs, but their season ended quickly with their loss to Western Kentucky in the first round. This fall, expectations are much higher for the Illini basketball team. Preseason polls have the Illini in the top 20, and Joe Lunardi has the Illini as a 3 seed right now, a top 12 team. And we haven't even had midnight madness yet.

Let's start with the losses from last year's team. Basically, we lose a ton of experience at the guard position, Chet Frazier, Trent Meacham and Calvin Brock. And we lose CJ Jackson, who never played much basketball at Illinois, but was very popular with his teammates.

The gains are three talented freshmen guards--DJ Richardson, Brandon Paul and Joseph Bertrand. We have been talking about these guys forever it seems, and now they are on campus getting ready to play. The front line gets deeper with Tyler Griffey as a freshman, and Stan Simpson will be a redshirt freshman after sitting last season. Overall, a loss on the experience side, but these are very talented additions for this fall.

Returning starters are three juniors: Demetri McCamey at PG, Mike Davis at forward, and Mike Tisdale at center. Dominique Keller returns as a versatile forward who can rebound and hit three pointers (my personal favorite player last year). Other experienced players from last season include guards Jeff Jordan and Alex Legion, and seldom-used Richard Semrau at forward/center and Bill Cole, a forward.

Basically, Bruce Weber can start an experienced squad without relying on the freshmen, though I expect 1 or 2 freshmen to crack the starting line-up during the season:

Right now, it seems likely that McCamey, Davis and Tisdale are a virtual lock as starters on this team, with Legion, Jordan, Keller and Richardson probably vying for the other two starting positions. But this should be a deep and talented team, that gets much better throughout the season as it matures.

And my hope is Bruce Weber allows this team to run the break, especially when Tisdale is on the bench. We might think of 1989 if we see the following group of athletes on the floor: Davis, Keller, Legion, McCamey and either Richardson or Paul.

For Illini fans, this season is not to be missed.
Posted by Ron at 3:32 PM No comments:

Nice defensive play by Abrams. What an athlete, making an incredible block here.

How well will the Illini play next season? 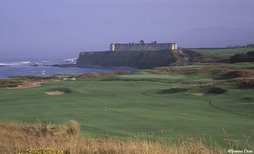 Where you can find me

Other Blogs Unrelated to Illini Sports or Basketball 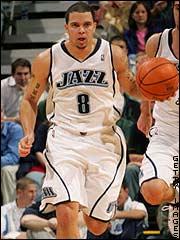